The Band of Her Majesty’s Royal Marines Scotland 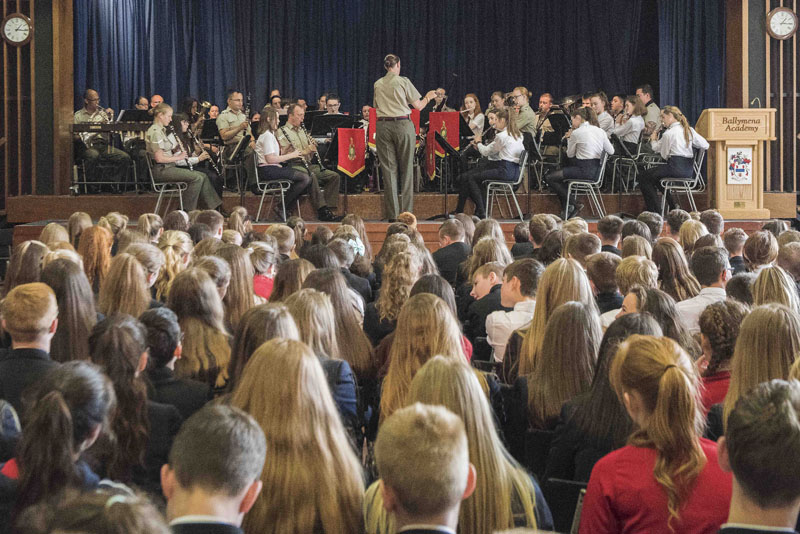 The Band of Her Majesty’s Royal Marines Scotland visited Ballymena Academy on Monday as part of their tour of Northern Ireland, which will see them play in the Braid, and the Ulster Hall.

The band conducted an hour-long workshop with members of our Junior Wind Band, giving them an opportunity to play alongside, and learn from, these talented musicians. The Royal Marines Band then gave a concert in the W.H. Mol Assembly Hall, featuring members of the Junior Wind Band, and attended by Year 9 pupils and pupils involved in choirs, orchestras or ensembles from across the school.

The concert was thoroughly enjoyed by all and we thank RM Scotland for the time they spent passing on their musical expertise and careers advice. Best wishes for the concert in the Ulster Hall on Thursday night (which is a charity concert in aid of Seafarers UK), and please call back again to Ballymena Academy soon.

Photographs thanks to Defence Media (NI)