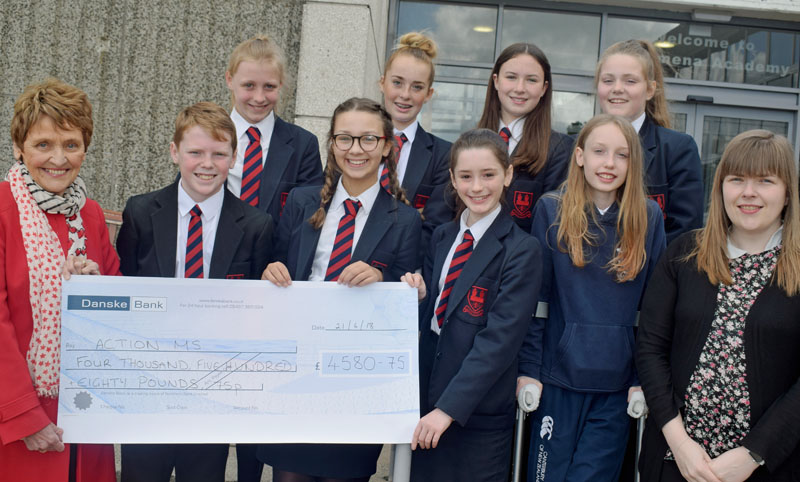 As a result a cheque was presented in school on Thursday morning to Ann Walker from Action MS. The total raised for Action MS by Year 8 was a staggering £4580.75!

The pupils photographed presenting the cheque each raised an incredible £100 or more!

The walk was initiated and organised by the school’s Charity Committee Coordinator, Miss Featherstone, who was amazed by the total raised and thanked everyone who took part and who donated.