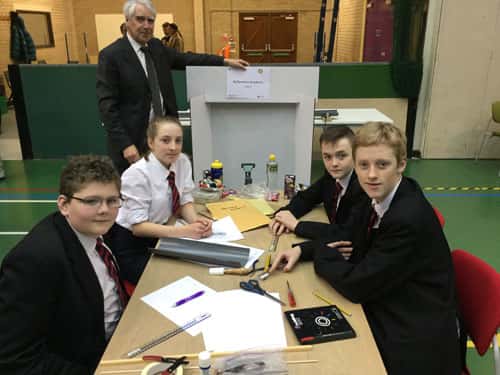 The competition was run by Rotary International in conjunction with Sentinus and NRC.

The pupils, who were in teams of 4, were given a challenge to design and make a remote controlled buggy that would clear debris from a pipe in less than 5 seconds.

The teams were given minimal materials and were awarded marks on the quality of their design pages, manufacture and operation of their buggy.

There was stiff competition from 17 teams from schools in the Ballymena area but, in the end, Ballymena Academy Team 1 were victorious, with Team 3 placed third. All of our teams worked very hard and we are immensely proud of the 12 pupils who competed.