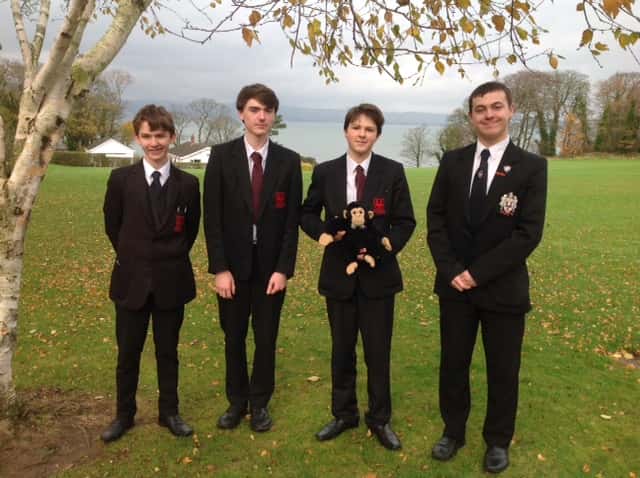 19th Nov 2018
The team representing Ballymena Academy at the UKMT Senior Team Maths Challenge was made up of Michael Allen and Michael Gregg from Y14 and Ryan Irwin and David Boriceanu from Y13.

The team from Ballymena Academy came a very creditable 5th in the highest scoring Belfast competition ever seen.