11th Jun 2021
Last week in school Year 13 pupils took part in the 'Army Elite Skills' training day, a workshop designed to give students a taste of Army teamwork and problem solving, with a wide range of hands on and confidence building activities. 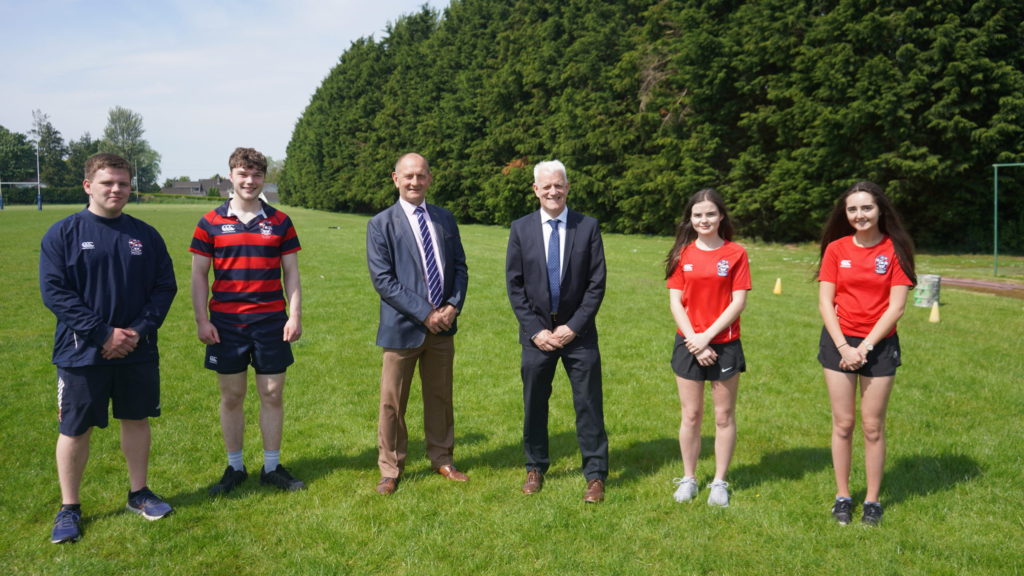 Last week in school Year 13 pupils took part in the ‘Army Elite Skills’ training day, a workshop designed to give students a taste of Army teamwork and problem solving, with a wide range of hands on and confidence building activities. A careers presentation is included to contextualise the day’s experiences within the Army workplace.

We were delighted Major Andy Donovan (pictured below) was able to visit the school and meet some of the pupils who were taking part in the activities.

You can read two reports from the day written by Lexie Irvine and Ana Stinson at the link below.

On Monday the 31st of May, the Army visited our school to give us an insight into a different line of career opportunities than we had previously been researching in class. At the beginning of the day, we were randomly split into groups, to take part in a series of team building exercises. Each station was overseen by a different member of the Army, so it was really interesting to find out about their jobs and how they got to where they are now. As well as learning about the different job roles, we were also shown pictures of all the different countries they had travelled to and all the incredible outdoors activities that had become available to them because of the Army. I found it fascinating as I had never seen that side of army life before. As for the team building exercises, we nominated a different team captain for each task. The captain basically organised everyone else in the group. Then we were required to work together in order to figure out a particular challenge that we had been set. My favourite was definitely the tyre stack challenge. There were three cones set out and a stack of tyres on the first one, numbered 1-5. The number on each tyre corresponded to the number of people that had to carry it. The main rule was, “when restacking tyres, you can’t have a higher number on top of a lower number” and the aim was to move the tyres to the third cone in the correct order. It was a bit hectic and you really had to think to get your head around it but that’s what made it so enjoyable. Whilst working together in these tasks, we got to know the other people in our groups, and because we didn’t choose our own groups, they were people who we may spent time with normally. It was a great day, I found it extremely interesting and I’m sure it has been an eye opener for many of my peers as I know it has been for me.

﻿
Over the past couple of days, we were lucky enough to be visited by members of the British Army who hosted their ‘Elite Skills’ training course at our school. There were multiple different activities that we were able to take part in, whilst developing skills that will be essential in multiple work settings in our near future. The most important of these were team building and perseverance, despite having faced failure. One of the challenges that really tested our perseverance was the ‘gutter ball’ challenge. Working in a team, we had to roll the ball down a slope made of different gutter pieces in order to land it in the bucket a few meters away. It may sound easy, but each person had a piece of gutter and we had to coordinate our movements to prevent the ball hitting the ground and sending us back to the start. Despite the many, many times my team failed to land the ball in the bucket, we were able to laugh it off and start again, working together until finally we achieved success. The army had also provided an insightful careers talk, where we were shown different entry routes and given more information into the life of a soldier. This talk was very helpful for me, as I have been considering joining the armed forces after university, and the army would open so many routes whilst providing support throughout your student career. What stuck with me throughout the day was the camaraderie and love of trying new things which was so heavily emphasized by everyone we spoke to. From skiing to caving, rugby to skydiving, there is such a huge range of experiences the army can give you access to that you may not think of trying in your everyday life. Overall, the day was very enjoyable and I certainly would consider a career in the British Army! 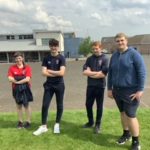 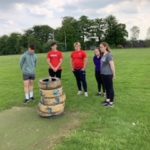 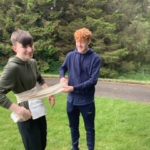 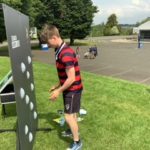 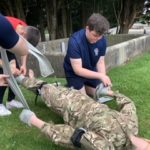