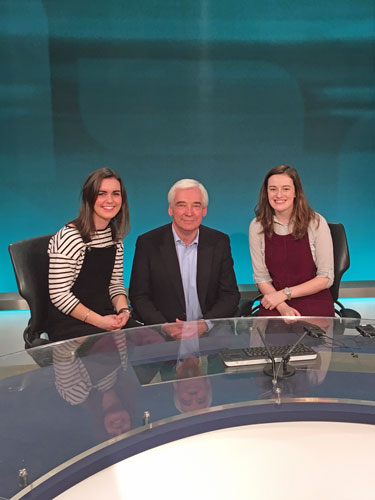 On Thursday, Rosanna Holland and Rebecca Orr, attended a News and Current Affairs Broadcasting Workshop with Paul Clarke, at the UTV studios, Belfast. This is Rebecca’s report:-

To begin with, Paul shared his experiences and the journey he had followed in becoming an established broadcast journalist, while demonstrating how passionate he is about his career.

We then got the opportunity to go behind the scenes to see how a news broadcast is produced, from the initial story, to its live streaming on TV. We got an insight into the day-to-day work of reporters as well as the director, editor and camera men. There followed an exciting opportunity to present a live news report whilst being filmed by the UTV crew in the studio. 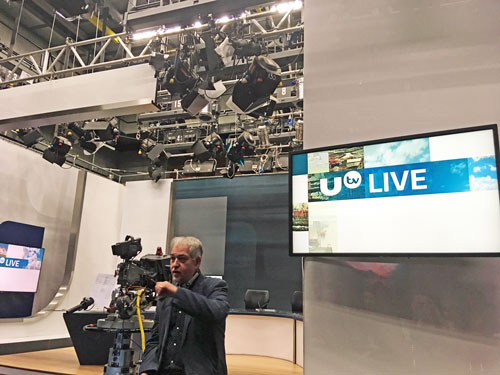 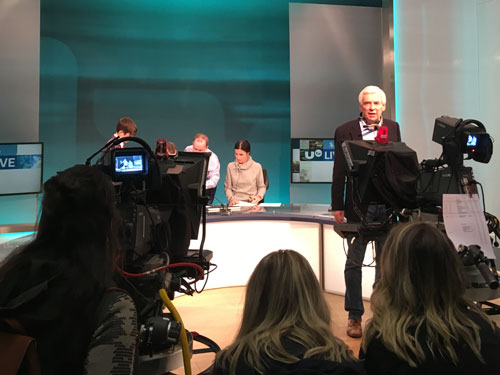 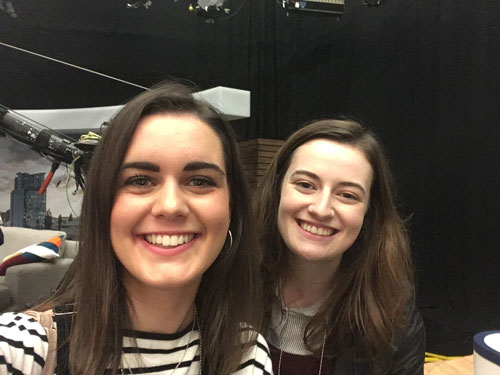 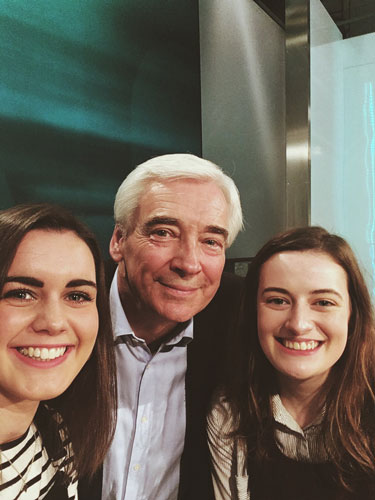