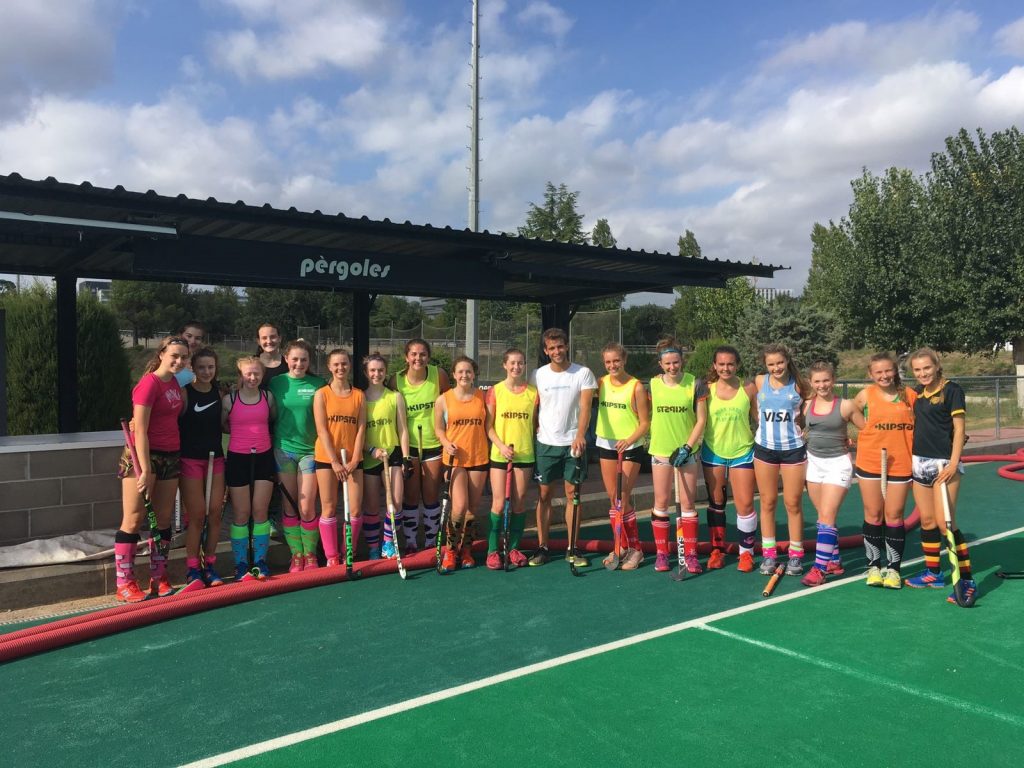 Day 1: After an early start at Belfast International Airport, the tour party arrived on time in Barcelona and the girls headed straight to their first training session, at Junior Hockey Club, Saint Cugat. This helped them acclimatise to the heat in preparation for the first set of matches the following day. We then checked in at our hotel in Castelldefels and after dinner, took a stroll along the seaside promenade to familiarise ourselves with the area.

Day 2: This was a action packed day starting with a tour of the impressive Nou Camp Stadium where the girls had an opportunity to follow in the footsteps of legends such as Maradona, Ronaldinho and Messi. The next stop was Las Ramblas allowing the girls to experience the local cuisine at the food market or for some, a Spanish McDonalds! We got back on the bus and travelled back to Junior HC for the second Masterclass training session in a pleasant 26 degrees. After a refreshing cool down, we were back on the bus to travel to the first set of matches at CD Terrassa. The Junior team were first up and enjoyed an early spell of dominance resulting in a goal by Rachel Black after only 8 minutes. This seemed to waken up the Spanish team who gradually played themselves into the match with the play switching from end to end. They scored an equaliser at the beginning of the second half to set up an exciting finish to the game. With around ten minutes left,Georgina Cherry scored what proved to be the winning goal to give the Juniors a well deserved win. The Seniors were up next and quickly realised they were going to be in a real battle as the Spanish girls got off to a flying start. They were a well organised and experienced team whose pace all over the pitch provided a huge challenge in the first fifteen minutes of the game. Despite this, however, it was our girls who drew first blood after a rare mistake from the Spanish defence was punished by Charlotte Stacey intercepting a pass to score the first goal. The Terrassa team then enjoyed an extended period of pressure which eventually resulted in a deserved equaliser. It was an exciting game for the neutral supporter to watch as play continued at a pace for the remainder of the half. The second half continued in much the same vein with our girls now matching the locals for pace. We eventually wore down the Spanish defence and Charlotte Stacey got her second goal before Terrassa equalised again a short time after. The match was on a knife edge at this point with either team capable of getting the winner. Everyone worked their socks off and Alex McLeister went one step further when her shoe flew over the fence as she chased back on her player! Once again, a mistake at the outlet was intercepted, this time by Danielle Foster who carried the ball into the circle and calmly slotted it into the goal to win a hard fought match.

Day 3: This day started with a trip to Port Aventura theme park where the girls had great time testing their nerves on all the different rides. After returning to the hotel in the late afternoon there was time for a short swim, before we set off forthe second set of matches. The Juniors played Castelldefels U15’s in what was a challenging game,both physically and mentally. Despite dominating possession for much of the game, it wasn’t until the last ten minutes that it started to pay off for the visiting team. Ellen McDonald skilfully deflected a bouncing cross from Tori Hopkins to score the first goal. A few minutes later, Tori beat three defenders inside the circle and scored a reverse stick shotfor the second. After a fast break by our midfielders, the ball reached Rachel Black inside the circle who swung on it first time to score a well deserved winner. This gave our Juniors an impressive two wins out of two, highlighting the potential these young players have. The Seniors travelled to Junior HC to play their U18’s and again, dominated most of the play. Juniors scored against the run of play in the opening ten minutes and after this, defended solidly against repeated attacks from the visitors. The efforts of the previous nights game seemed to have sappedthe energy of our girls for the remainder of the first half. In the second half, the team started to work together much better in attacks with Charlotte Stacey looking dangerous and they were rewarded by a few penalty corners. Katie Craig and Alex McLeister had chances on the reverse stick and Anna Doherty surged through from the back a few times to add impetus to the attack. Despite our best efforts, we could not find a way past the Spanish defence and the game ended 1-0 to Junior HC. After a late dinner at the hockey club, the girls returned to the hotel to start packing for going home the next morning.The tour party arrived back to school safely at 4.45pm on Saturday after what was a very busy but enjoyable three days where skill and fitness levels were tested and lasting friendships and memories were made.

Thanks to Miss McNeill, Mrs Taggart and team for organising and leading the trip and well done to all those involved. 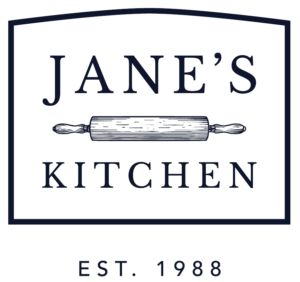 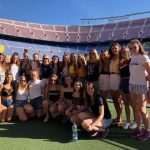 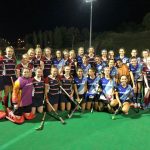 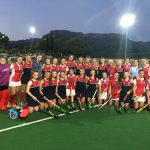