Rugby has been the main sport of the school throughout its history and the school has a great tradition of producing renowned players and administrators within the game. 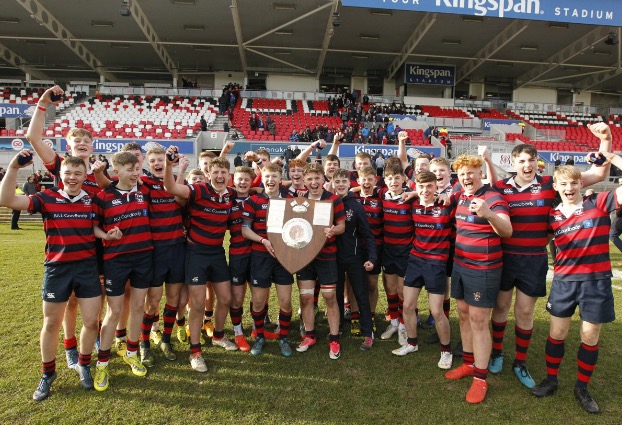 Recent international representatives include Luke Marshall and David Humphreys, the current Director of Rugby at Gloucester, but the two most famous ex-internationals are British Lions and world rugby legends, Syd Millar and Willie-John McBride. Indeed, the 1st XV pitch (Millar- McBride pitch), located on the school’s grounds on the Galgorm Road, is named after these two great icons of the game. Another great ambassador for Ballymena Academy rugby is the current IRFU President, Ian McIlrath, who is a former pupil, teacher and governor of the school.

The tradition of supplying representative players continues to this day with the current Ulster professional squad containing 4 fulltime professionals, 5 Academy players and 1 sub-Academy member who attended Ballymena Academy, giving the school the largest representation of players from any school in Ulster.

The school last won the Ulster Schools Cup final in 2010 when they defeated Belfast Royal Academy by 10 points to 7, having beaten a very strong MCB team in the semi-final. Previous wins were recorded in 1972 and 1981. The school has also won the Subsidiary Shield on seven occasions.

The Medallion (under 15) team reached the final of the 2019 Shield narrowing losing to Methodist College, Belfast. In 2018 Ballymena Academy won the Ulster Schools  Medallion Shield, having defeated Campbell College in the final, a competition which the school last won outright in 1970. A share of the Shield was also secured on 2 other occasions after drawn finals.

Ballymena Academy has a long-standing relationship with Methodist College and the schools compete annually for the Allan Young Cup, a trophy presented by the Young family to commemorate the life of Allan, whose last game for Ballymena Academy, before succumbing to illness, was our traditional October fixture.

1st XV
The 1st XV had a massive overhaul from the previous season given that 13 of that team had been members of Year 14. The first game of the season was at home to a strong Ballyclare side. Ballymena Academy fielded a very young inexperienced team and won the game 26-12 scoring some fantastic tries. This bolstered the team’s confidence and they went on to record notable wins against Belfast Royal Academy, Wallace High School and Campbell College Belfast.

The 1st XV took part in the Methodist College 150-year rugby Festival at Pirrie Park, bringing together top schools from all over Ireland.

The early season form brought a sense of excitement and expectation for the Danske Bank Schools’ Cup campaign and the team was placed among the top seeds for the 4th Round draw.

The Training Camp to the National Sports Centre, Inverclyde allowed the team time for final preparations before the Cup campaign kicked off.

Ballymena Academy hosted a strong BRA team on the Millar/McBride pitch and eased into a 17-point lead before a late flurry by the visitors, with the score finishing 17-12. Next up was another Home draw to Royal School, Armagh and this proved to be a “cracker”, with 10 minutes remaining Armagh had earned a 14-10 lead. Ballymena laid siege on the opposition try line, but some tremendous defence kept Ballymena out and Armagh progressed to the Semi-final at the Kingspan Stadium.

2nd XV
The second XV established themselves again among the top seeds for their Cup competition playing regularly every Saturday against all the top schools, having only lost four games throughout the season. Similar to last season, the seconds played several games against lower ranked 1st XV teams and were very competitive on all occasions.

The Second XV Cup competition started with an ‘away’ win against Grosvenor Grammar School, 23-12, a game played in dreadful conditions. The Quarter Final was an away trip to BRA which saw a comprehensive 27-7 win and confirmed a place in the Semi-Final. The draw saw RBAI travel to Ballymena in late February for a chance to take Methodist College on in the Final. This was an incredibly tight game and stayed in the balance at 7-6 to the visitors until last play where Ballymena was given a chance to win with a penalty. It wasn’t to be and the final whistle meant the Second XV lost, ending a very successful campaign.

3rd and 4th XV
Senior rugby is thriving in the school and the 3rd and 4th XV give boys opportunities to train and play the game in a very enjoyable environment, holding onto a lot of the core values of the sport. At the start of the season we fielded both 3rds and 4ths for the first time in a few years right up until Halloween. Lack of fixtures and a few injuries meant we couldn’t sustain both teams, however, it established a very strong panel for the Cup campaign. The first round was an away tie to CCB and the “mighty 3rds” had to come from 10-0 down before recording a 24-10 win. The Quarter Final was played against a strong RBAI side and though the boys battled hard they came out second to the Belfast counterparts.

Medallion XV
The Medallion XV had a tremendous season, culminating in a Medallion Shield Final and Ulster Schools’ 7-a-side winners for the first time in the school’s history. The Shield Final brought together the two top sides in this the age group at the Kingspan Stadium, having beaten Grosvenor Grammar School, Royal School, Armagh and Sullivan Upper School in the previous rounds.

Ballymena Academy had beaten the MCB team earlier in the year in a very tight encounter, but unfortunately lost the Final narrowly.

U14 XV
The U14 XV played regularly on Saturdays winning their fair share of games throughout the season. Losing two key players to the Medallion Squad and a couple of lengthy injuries depleted the squad, but the boys battled hard throughout the year finishing the year strongly to reach the O’Kane Cup Semi-Final, beating Cambridge House convincingly in the Quarter-Final.

U13 XV
The U13s fielded A and B teams regularly, winning against all the big schools throughout the season. The highlight of the season was the MCB Tournament and the boys didn’t disappoint, winning the prestigious trophy for the first time in the school’s history. This is a very exciting group of players and played a fantastic brand of rugby.

Year 8
The Year 8 boys started their rugby career at Ballymena Academy during the second week in September. Large numbers of boys attended every Saturday morning developing skills, making friends and having fun. The group fielded three teams in the 12-a-side format throughout the season, finishing the year with two Tournaments at Larne and Coleraine, winning the Subsidiary Shield at the NEBSSA Tournament in Larne. 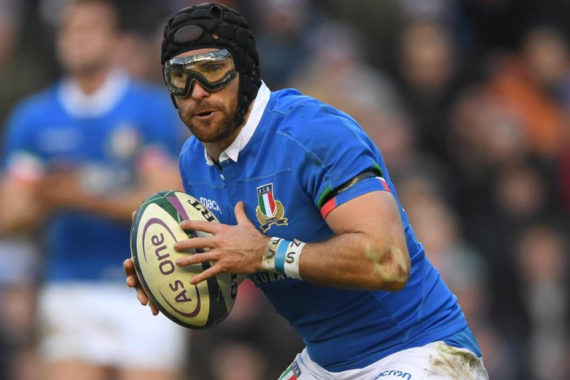 We are delighted to welcome former Italian International rugby player, Ian McKinley to the coaching team at Ballymena Academy for the incoming season. 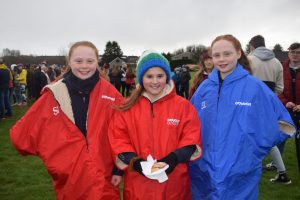 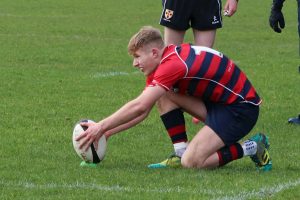 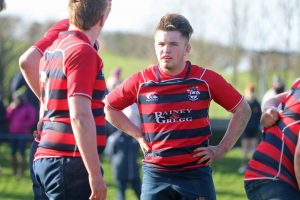 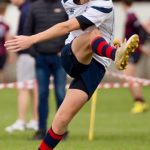 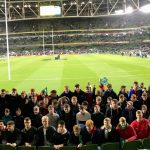 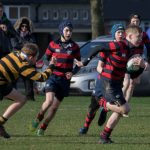