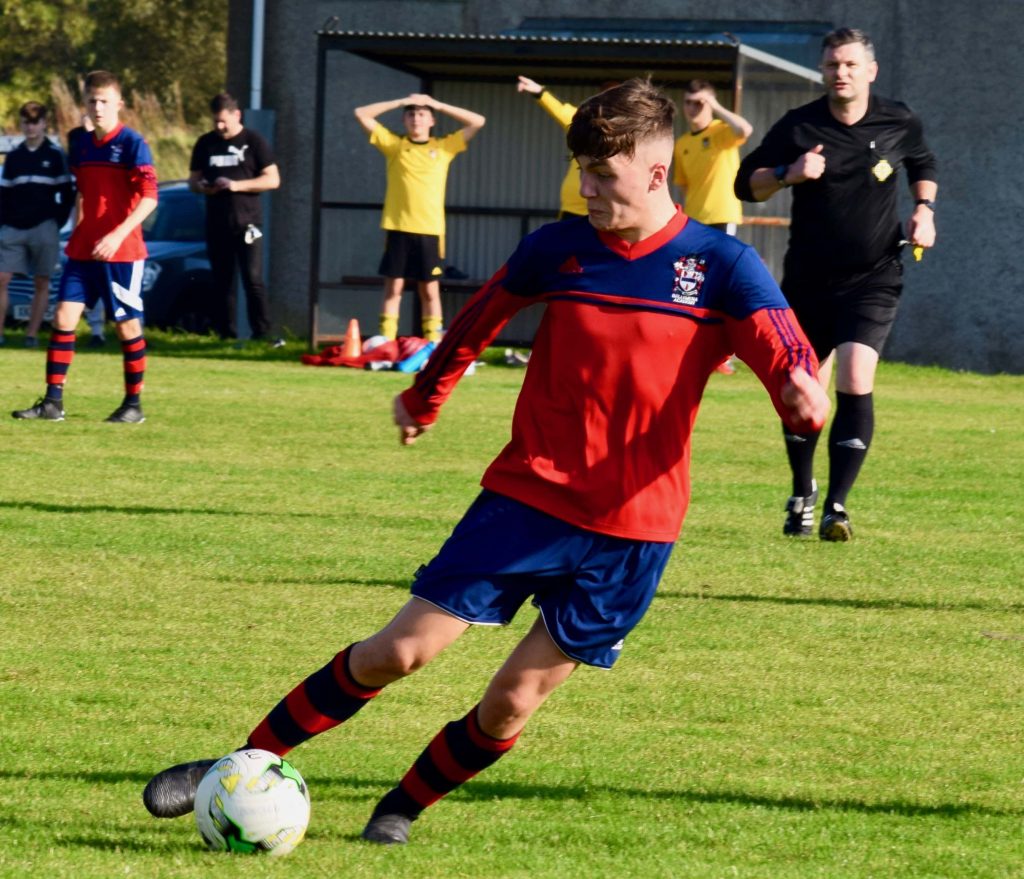 Ballymena Academy has two senior teams competing regularly at U16 and U18 level.

As part of the Senior Games there are now currently over 40 boys participating weekly in the football coaching programme, focusing on technical and tactical aspects of the game. The scheme is directed by a team of coaches from local charity Coaching4Christ.

There has been a sharp rise in success achieved by the school, with both teams competing in both the Danske Bank Northern Ireland School’s Cup and the Mid Antrim Schools Football Association Cup. This year our U16 team reached the final of the MASSFA Cup.

As the sport is developing within the school we hope this will pay dividend in the near future with a fantastic crop of young players coming through in the next few years.

Our most famous footballing past-pupil Steven Davis, continues to perform at the highest level in the sport, as captain of Northern Ireland.

Boys and Girls Football coaching runs in the summer term. Coaching and matches are organised under the leadership of Coaching for Christ.

All pupils in Years 8-11 are very welcome.