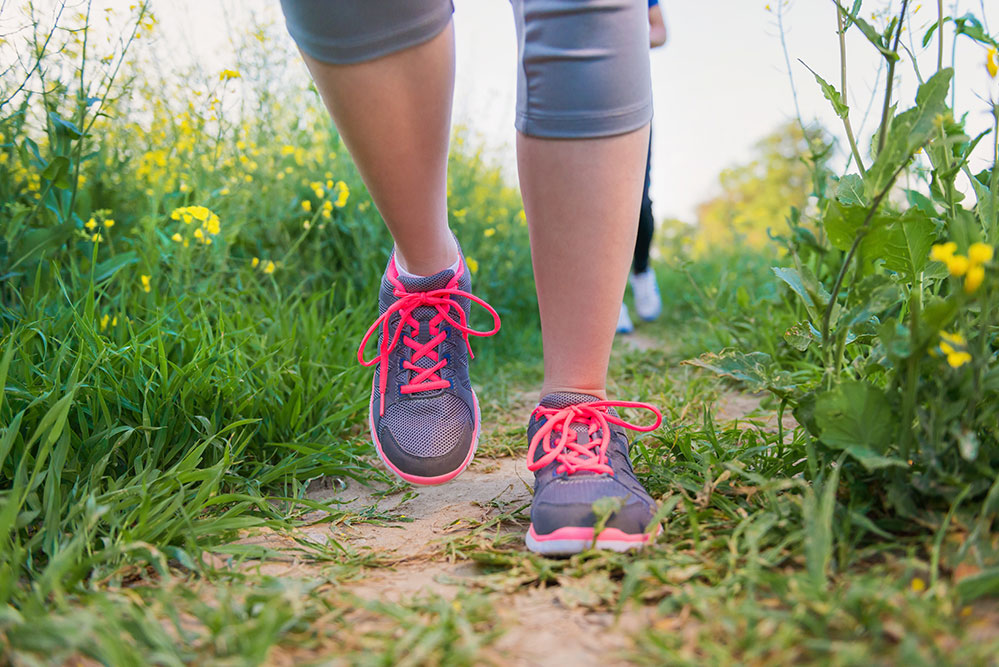 The Cross Country Club is held every Monday and Thursday afternoon from 3:30pm until 5:00pm, and is open to all pupils in Years 8-14.

The Cross Country Club commenced early in September, with many of the previous club members returning for another year’s training and competing. A good turnout of Year 8 pupils resulted in 60 to 70 runners taking part most weeks.

Training took place each Monday and Thursday after school, ranging from speed sessions down at the track, to hill and endurance sessions around the Road Run course. The usual monthly Road Run timed races kept interest high among the runners and was a useful tool in determining fitness levels.

NEBSSAs
At the NEBSSA Cross-Country Championships held at the Ulster University, Coleraine, on Tuesday, 20th November, Ballymena Academy had a number of excellent performances. The Year 8 Boys’ team and Year 10 Girls’ team came 1st overall, and the Year 9 Girls’ team came 2nd overall. Five of our athletes were placed in the ‘top 3’ in their races. Overall the school came runners-up in the competition.

The Senior Girls’ team came an excellent 1st place overall, with Katie Agnew 2nd, Rachel Brown 6th, Lucy Millar 8th, Chloe Robinson 11th and Sarah McCloy 20th. Adam Wilkins was 14th overall in the Senior Boys’, and this was enough to qualify for a place at the Ulster Championships.

Ulster Championships
At the Ulster Cross-Country Championships held at Belfast Playing Fields, Mallusk on Wednesday 13th February, two teams from school competed, picking up medals. The Mini Boys’ team, which came 1st at the Districts, raced strongly and came 3rd overall in Ulster. The Senior Girls’ team, which came 1st at the Districts, came 2nd overall in Ulster and also competed at the All-Ireland Championships in Clane, Co Kildare. Katie Agnew was 3rd overall in the Senior Girls’ race. Sophie McCluney also qualified to race at the All-Ireland Championships in the Intermediate Girls’ race.

Irish Cross Country Championships
On Saturday, 9th March, 2019 the Senior Girls’ Team travelled the 160 miles to Clongowes Wood College, Clane in Co. Kildare to compete against the best in Ireland. Conditions underfoot were perfect for fast running, and all but a brisk wind made running and spectating perfect. From the start the race was very fast, resulting in a tough mental and physical battle for the competitors. The school team ran the perfect race; racing well in the first half, but getting stronger and faster as the finish line approached. Although there were no outstanding individual performances, the whole team performed well and were placed 2nd overall in Ireland. This is the best Cross-Country team performance on record in Ballymena Academy. An outstanding achievement. Katie Agnew was first home for the team in 18th place, followed by Sophie McCluney, Rachel Brown, Chloe Robinson, Lucy Millar and Sarah McCloy. This was the perfect end to a superb year for the Cross-Country Club. 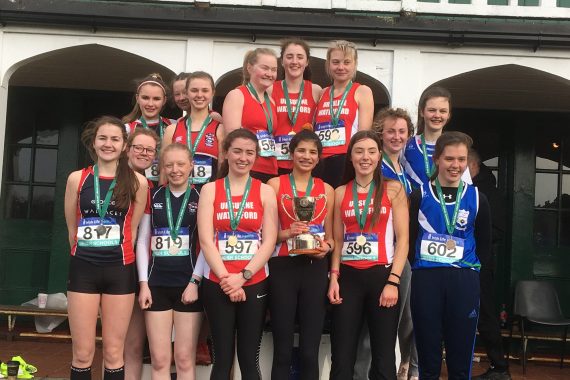 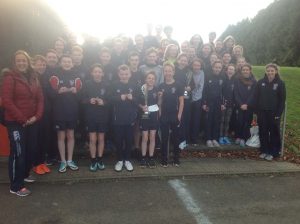 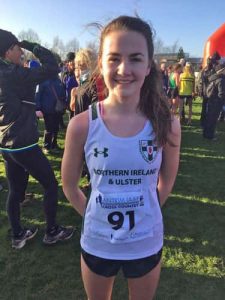 Katie Agnew represented Northern Ireland today at the Celtic International held at Greenmount. She had a good run despite suffering earlier in the week from a severe cold. 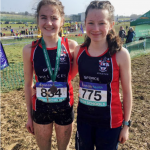 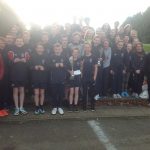