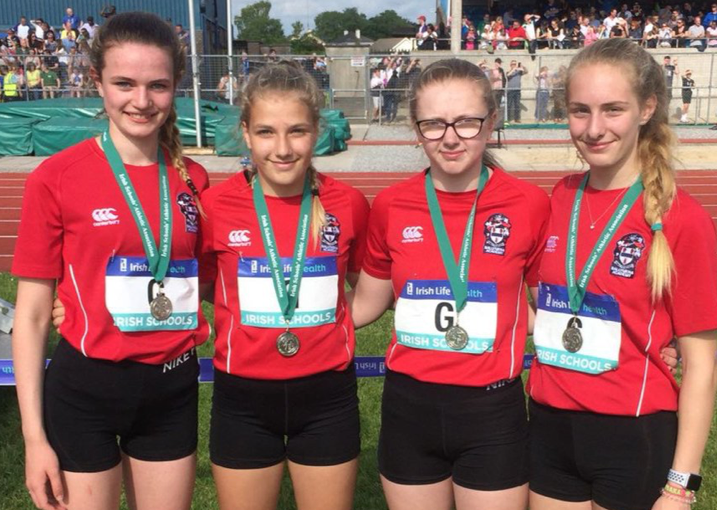 The Athletics Club at Ballymena Academy is open to all pupils in Year 8-14 and meets twice a week, Monday at School 3:30-4:30pm and Wednesday at the Antrim Forum 4:00-5:30pm, beginning at the start of the Spring term.

Everyone is welcome to experience the many different events using the school facilities and those at the Antrim Forum.

On Wednesday, 15th May, Ballymena Academy pupils competed in the NEBSSA Athletics Finals at the Antrim Forum against 31 other schools.  Approximately 45 athletes, from Years 8 – 11, took part in a range of athletic events achieving some outstanding results and bringing home 11 Gold, 8 Silver and 9 Bronze medals. To add to this, Ballymena Academy won 7 trophies:

Etain McGuckian equalled the competition record for the U15 Girls’ 200m race, running it in 26.20 seconds.

A total of 25 individual athletes and six Relay Teams qualified for the Ulster Finals on Friday, 17th and Saturday, 18th May.

This year’s Ulster Secondary Schools’ Athletics Championships were held on Friday 17th and Saturday 18th May at the Antrim Forum athletics track. Ballymena Academy had an impressive representation of 25 individual athletes and six Relay Teams taking part. The results from the competition are set out below.

Overall the athletes collected a total of 14 medals – 9 Gold, 3 Silver and 2 Bronze.

The Intermediate Boys were crowned overall champions in Ulster for their age group, winning the Ulster Schools’ Athletics Cup for the second consecutive year with a points tally of 75 points, with second place having 49 points. This meant that Ballymena Academy Boys’ team was placed 3rd overall in Ulster when the totals from all age group were combined.

The Junior Girls’ Relay Team performed exceptionally well, coming 2nd in the 4 x 100m Relay, with a time of 52.43 seconds. This is the second year in a row where this group of girls, Rachel Cochrane, Tory Hopkins, Elke Hamilton and Etain McGuckian, have come second in Ireland.  This meant that the school’s overall medal tally consisted of: 1 Gold, 2 Silver and 3 Bronze.

It is also worth noting that both the Junior Girls and the Intermediate Boys came second overall, on points, in their respective age groups. 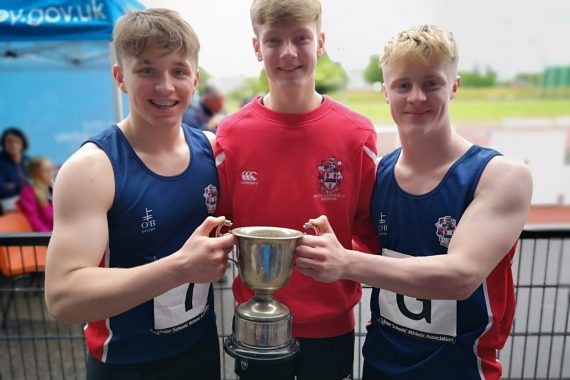 Ballymena Academy pupils took part in NEBSSA, District, Ulster and Irish competitions in what was an enjoyable and successful season of athletics. 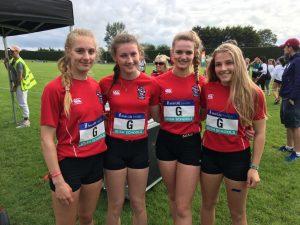 Congratulations to the pupils who participated in the Irish Schools' Athletics Championships at Tullamore this weekend. 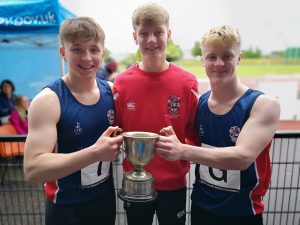 We had very pleasing results at the Ulster Schools' Athletics Championships. Thanks to Mr Johnston, Mrs Taggart and their team of staff and volunteers for all their hard work. 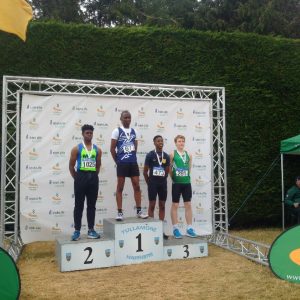 Congratulations to Christian Drennan on qualifying for the Irish Juvenile Athletics Championships at Tullamore in both the 100m (where he finished 3rd in 11.88 seconds) and 200m. 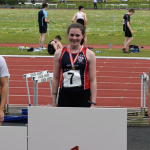 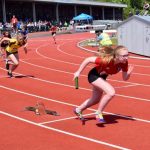